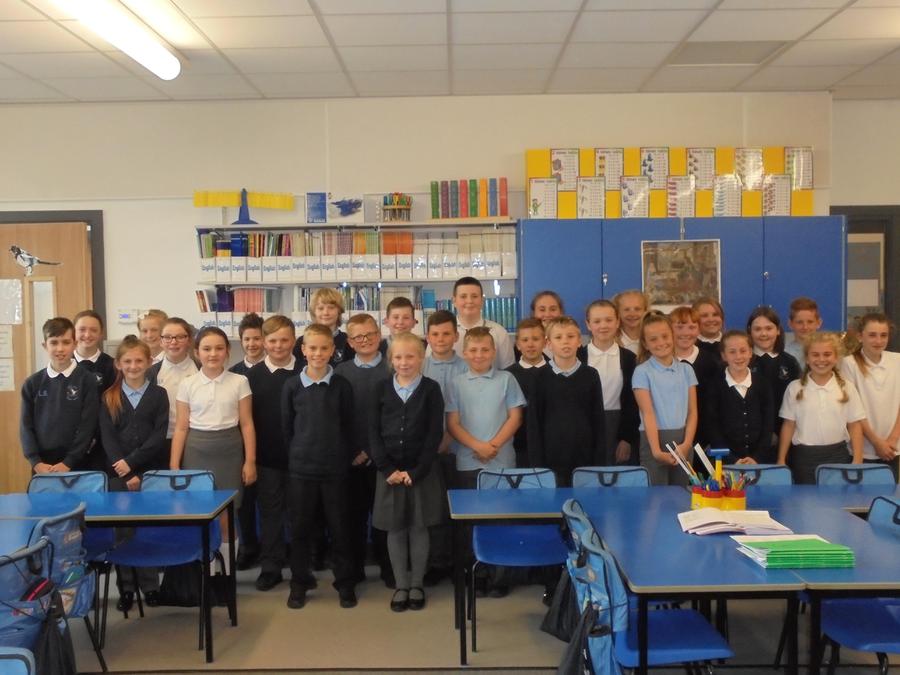 As part of Science week we have been investigating the role of a zoologist.  They study all kinds of animals, both in their natural habitats and in captivity in zoos and aquariums. They may specialize in studying a particular animal or animal group.  Zoologists study animals and their interactions with each other. They study their physical characteristics, what they eat, their behaviours and how they interact with each other, and the impacts humans have on them.

Zoologist also work to protect animals and their habitats, this is called conservation. A very famous conservationist is Sir David Attenborough. He has worked tirelessly to highlight the impact humans are having upon the planet and the animals.

He has some very serious messages for us, he said that as a population we need to think long and hard about the impact our behaviour has on the planet we inhabit.  On the latest series of Blue planet he highlighted the devastating impact plastic is having on our oceans.  In our class we thought of ways we could reduce our use of plastic. We each made pledges that we would encourage our house-holds to reduce the use of plastics.

Challenge - How could you reduce the amount of plastic you use at home?

Year 6 had a fantastic day at Nissan's training centre, another part of our 'World of Work' project.  They were learning about the many jobs on offer at the Nissan plant and the skills they needed to do them.  Visits like this and our recent visit to NBS, help our children understand that there are many careers out there.  It helps them to think about the careers they might like to pursue in the future and make informed choices about their future education.  The children experienced: making their own model cars on a production line working in teams; designing their own model cars; they raced model F1 cars; toured around a the training centre factory floor and practised key skills that might be needed for working the factory floor.  At the end of the day the children were presented with certificates and a goody bag -  a fabulous time was had by all!

As part of our World of Work project Year 6 were lucky enough to be invited to the recently refurbished NBS by Mrs Punton, a parent, to learn about the many different jobs people do within the company.  The children thoroughly enjoyed their morning finding out about careers such as building management, human resources, quality analysis, branding, IT and software development.  It allowed them to see that within one organisation there are many types of jobs and it encouraged them to think about careers they might like to pursue in the future.

Kirkley Hall Outdoor Adventure Wednesday 11th October 2017
Today Year 6 visited Kirkley Hall Activity Centre to have a fun filled day of adventure.  The children spent the day on the climbing wall, abseiling and the zip wire as well as experiencing archery and woodland challenges.  They worked together and supported each other in all the activities - some children even faced their fears!  The wet weather didn't dampen spirits, the children had a fabulous day!
Group 1

Maths Fun Tuesday 10th October 2017
The children used the raw materials found yesterday to create mathematical Sudoku, logic, sorting and sequence puzzles as well as their own version of noughts and crosses.  Once they had finished their designs, the children spent time solving the other groups puzzles and games.  We had lots of fun!

Click on the 'Educational Visits' link below to see photographs from Whithaugh Park.

Y6 Visit the Park Monday 9th October 2017
The children were collecting materials for their maths lesson tomorrow.  They are going to design games and maths puzzles using the things that they find.

Today in Y6 the children were using adjectives, verbs and adverbs to add detail to their descriptive writing.  The children were encouraged to use more adventurous vocabulary to capture the reader.