Our Vision for Physical Education

Lingey House Primary School’s vision for physical education is to make a significant contribution to our pupils’ personal well-being, academic development and enjoyment of school life!

We will succeed in achieving our aim through providing our pupils with an outstanding PE curriculum that incorporates innovative teaching and learning as well as inspires the development of a culture in which, all pupils and the wider community will engage in physical activity, raise their attainment, extend their potential and develop a lifelong active lifestyle.

Click on the link below to see the schools action plan for this upcoming academic year.

In January we established a Change 4 Life Club, each week we learn lots of new games and play games that we love. This club is aimed to enable to encourage participation in physical activity.

On the 22nd,23rd & 24th Years 1-6 all had a judo taster session with Destination Judo. For anyone that requires more information on their club at Gateshead visit : https://www.britishjudo.org.uk/clubs/my-club/initiatives-and-programmes/destinationbritishjudo/destination-british-judo-sessions/

Runners up in Gateshead Cup

To start the season we entered the Gateshead cup based at Glynwood Primary, where we faced many tough teams we qualified for the final after a hard thought win over the Drive. In the finals we drew with Harlow Green and lost to the eventual winners Bill Quay.

Many pupils from year 4 & 5 have been attending an after-school football club, learning many different skills.  We played in a one off competition at Harlow Green, where the boys did extremely well finishing 2nd place. It was great to see how proud they were to represent the school.

On the 14th May, 18 pupils competed in a friendly competition at St James Park. Our three teams did fantastic, scoring many try's and winning lots of games.

On Friday 18th May, the whole of key stage 2 competed in Paralympic Games, where each class played Boccia and Seated volleyball. Congratulations to 5H, who were the Volleyball champions, and 5R who got the highest score in the Boccia.

On the 4th May, we recruited our year 5 sports crew ready for next year. As part of the training, we ran various different games that they could lead at a break time and lunch time.

On 19th April, we entered two teams in year 4/5 Basketball competition at Cardinal Hume. Despite having minimal experience playing, they all did amazing with us finishing in 2nd place. A great achievement. Well Done.

On the 20th September 2017, 23 pupils from across KS2 travelled to Watergate Park for cross country. All the children thoroughly enjoyed it, but were tired after they completed the 1760m course.

Recently the school have created a link with the local rugby league team called Gateshead Storm. We have had used this link to get expert coaching within this area within an after school club that has been running since after Easter. If anyone is interested in starting to play rugby league then here is all the relevant information.

We sent 21 children to a local Rugby League competition. They formed three teams and all of the teams tried their hardest and were fantastic ambassadors for our school. Two teams qualified for the final and one team missed out by one point. The good news for Lingey House was it was an all Lingey Final which meant that Lingey House were the winners!!!

As part of Magic Weekend we were invited to a Sky Try Rugby League event at St James Park. This involved a range of primary school children playing in a festival atmosphere to launch the event. This was a fantastic opportunity for the children to participate in a sporting event on such a fantastic stage. We even got to meet some professional rugby players and got a change to hold the trophy won at the end of the Super League Season.I would like to thank Rob and all the staff at Gateshead Storm for making this possible.

On Tuesday the 4th of April, 18 students ranging from year 1 up to year 5 took part in the Dance Festival held at The Sage in Gateshead. They have been working hard since Christmas to learn and perfect their dance and they did fantastic and were a credit to our school.

Well done to everyone who took part.

At Lingey House, our children enjoy a range of sports both in school and at home. Here are some of the latest achievements... 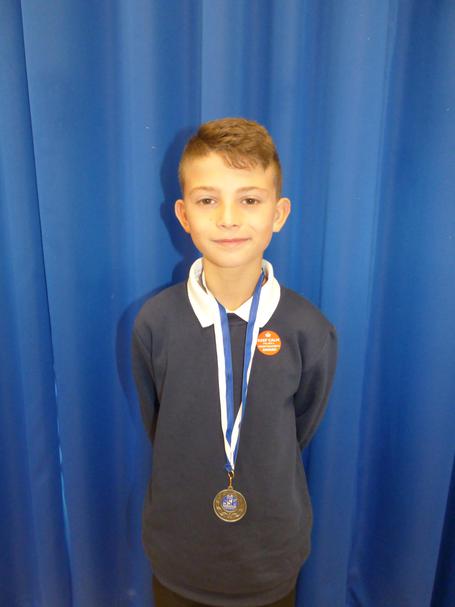 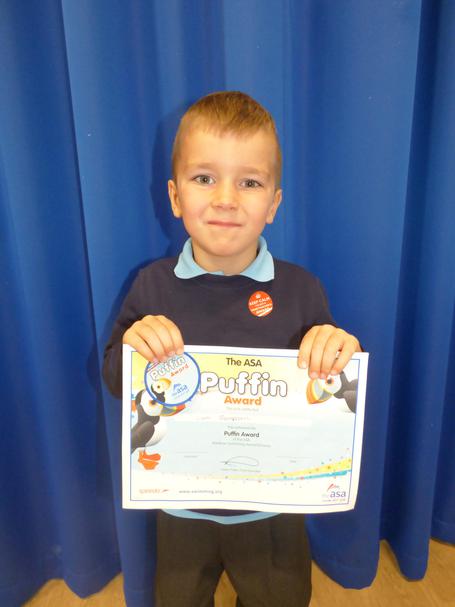 Liam has achieved his Puffin Award in Swimming. 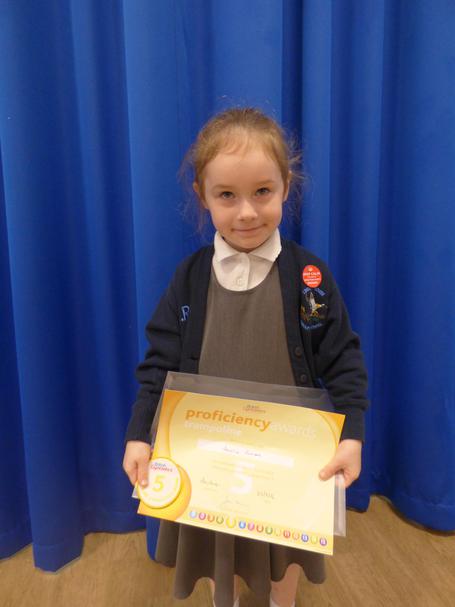 A team of year 5 and 6 boys have taken part in a competition organised by Gateshead Football Club. They put in fantastic effort and represented the school superbly. Unfortunately they just missed out in qualification for the next round.

4 teams took part in a cross country competition at Watergate Forest Park. There were 6 pupils from Years 3 and 4, and 6 from Years 5 and 6. The twelve children who represented the school tried their hardest and had a fantastic attitude throughout.

Congratulations to Dylan Charlton who finished 2nd in the Year 5/6 boys race. Every runner who attended this event should be proud as they represented the school superbly.

The children had exceptional attitude throughout, and showed excellent sportsmanship during the tournament. The team encouraged each other during each of the 5 matches and put in a lot of effort together.

On Friday 29th May, 10 children took part in the ‘Gateshead Go Run for Fun’ event.

Over 300 children from many different schools took part.

Congratulations to Ellie-May who finished in 3rd place for the girls!

All the children performed fantastically well and should be proud of themselves.

Well done to our Cross Country team who ran at Watergate Forest Park in the Primary Schools event.  They all showed great team spirit by supporting and encouraging each other.  We are all very proud of you! 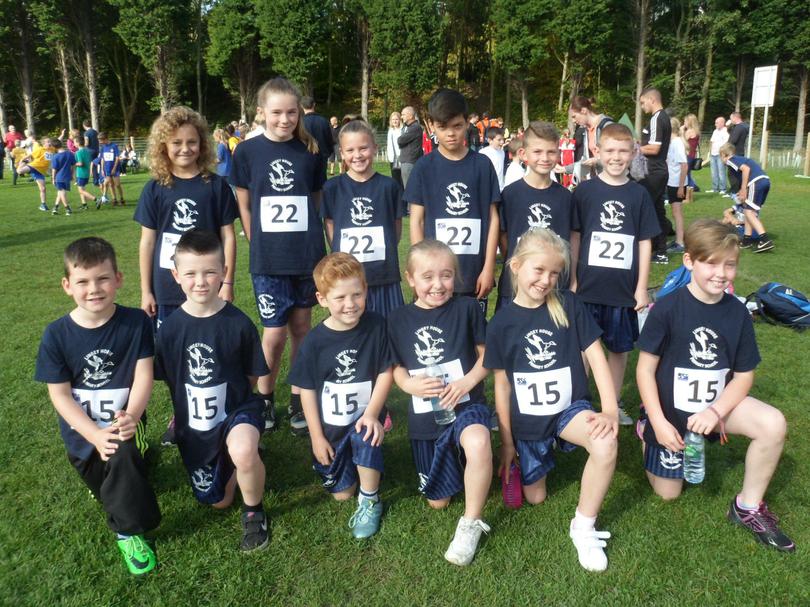 We are training hard, getting ourselves ready for the Junior Fun Run in September!
Congratulations to our Years 4, 5 and 6 'Fun Runners' who completed the 'Go Run for Fun 2015' in Saltwell Park on Friday 22nd May.  They did themselves and Lingey House proud!

This year marked our first entry into the Sainsbury’s School Games final for quicksticks hockey. Our pupils played with wonderful team spirit and skill against primary schools from all over the region. They also seized the opportunity to meet Paralympic Athlete GB Footballer, Alistair Patrick Heselton.

Congratulations to our Hockey Team who won the 'Gateshead Schools' tournament!

Unfortunately not the ones with chocolate chips.

Some cookies are necessary in order to make this website function correctly. These are set by default and whilst you can block or delete them by changing your browser settings, some functionality such as being able to log in to the website will not work if you do this. The necessary cookies set on this website are as follows:

Cookies that are not necessary to make the website work, but which enable additional functionality, can also be set. By default these cookies are disabled, but you can choose to enable them below: